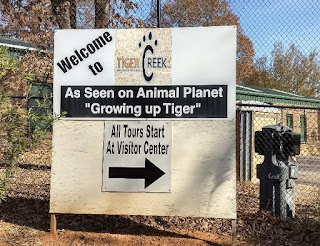 Here’s a little travel tip…always pick up those maps/guides put out by chambers and visitor bureaus. Worth it not just for info, but also for coupons! Our “priciest” item that we did in Tyler was on a half-off coupon, which helped keep the cost down.

And where was that you ask? Tiger Creek. And what is Tiger Creek? They’re a non-profit organization that is a sanctuary/rescue of big (as in wild) cats. They have wide variety of cats ranging from Geoffreys (that weigh in at 8 pounds and are extremely wild and vicious) all the way up to a 500-pound Siberian Tiger. The current population also includes bobcats, cougars (aka puma or mountain lion) lions, and more.

Some were released by owners who realized this was not a wise pet choice or could no longer care for them. Some came from other sanctuaries that had to close (One closed so many times due to hurricanes they finally had to close their doors). Others came from abusive situations. One tiger even came from Michael Jackson’s Neverland compound

And that’s just a few of the cat tales.

We opted for the guided walking tour, and were glad we did. Before we knew it, almost 2 hours had gone by. Yup. Well worth the admission fee in my opinion.

Tiger Creek is undergoing a construction phase that will upgrade habitats and create a learning center as well. They were featured on Animal Planet several years ago in a show “Growing up Tiger” where the film crew basically followed the year of life for a couple of tiger cubs that came to their facility.

If you’re in the area…check them out! 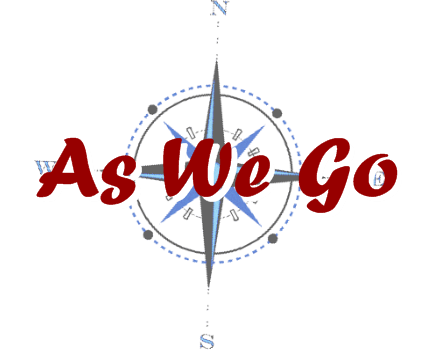